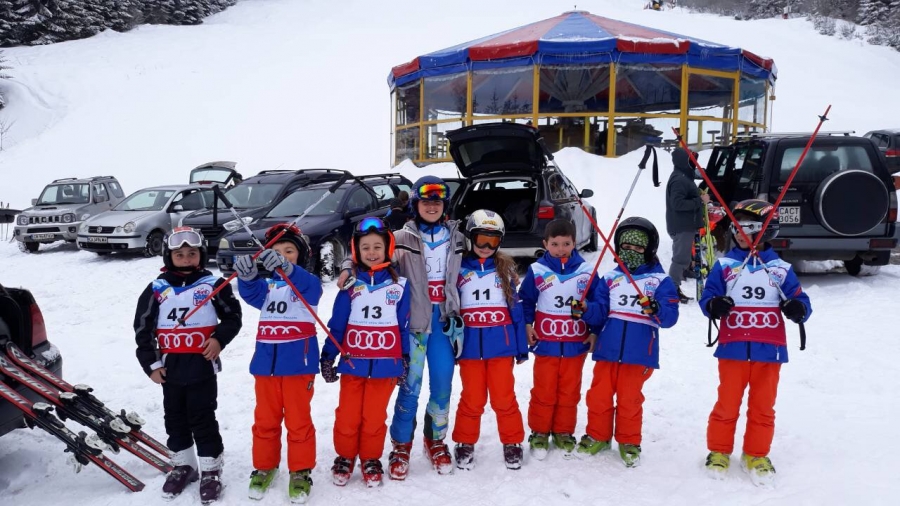 In 1982, a ski training association was founded in Dobrinishte with the chairman Kostadin Trendafilov. The first ski club was founded in 1986 with Chairman Georgi Petkov with two directions - alpine disciplines with coaches Dragan Petlov and Kostadin Trendafilov and biathlon with coach Dimitar Kotirkov. The club has 50 children. From this club is the skier in alpine disciplines Angel Pumpalov, who later participated in the Olympiads in Japan and the USA.

In 2015 a new ski club "Dobrinishte - 2015" is founded with the aim of alpine disciplines. The first chairman was Kostadin Trendafilov,  who was later replaced by Boris Galchev. The club has 45 children. Age group - 8, 10, 12 years with coach Ivan Panchev and two assistant coaches for the winter season. The club participates in competitions from the state sports calendar of the Bulgarian Ski Federation.

Tweet
View the embedded image gallery online at:
https://visit-dobrinishte.bg/en/winter/item/4294-ski-club-dobrinishte-2015#sigProGalleria77a4e731e3
More in this category: Ski slope »
back to top