The huts of Dobrinishte 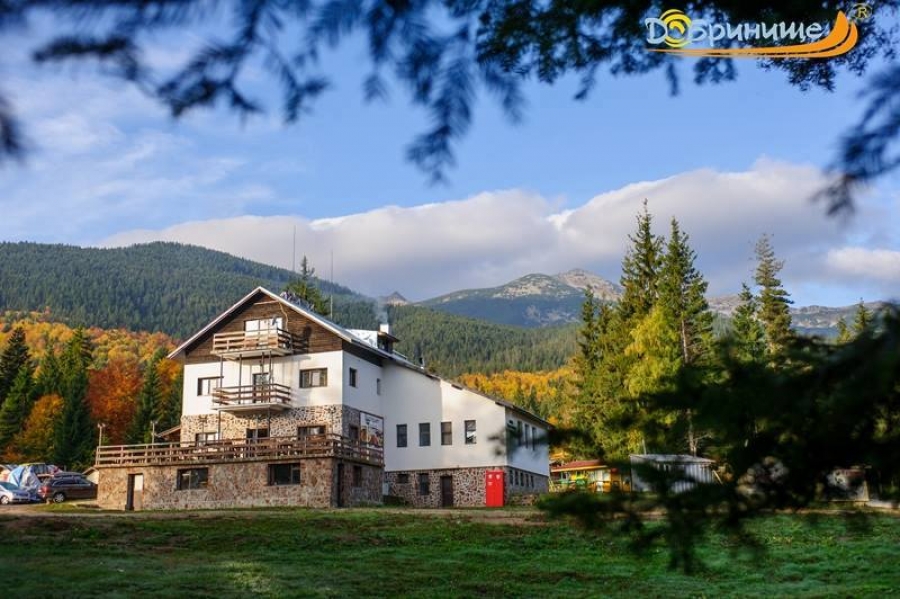 There are three huts Dobrinishte is proud of. “Gotse Delchev” Hut is 12 km away from the town. It is located at 1600 meters above sea level in the area of ​​Logovete. The hut, which is named after the Apostle of Freedom Gotse Delchev, was built in 1950 on two floors with a ground floor, where there is a small dining hall which works from 8:00 to 23:00.

From “Gotse Delchev “hut to the second “Bezbog” hut in 1989, the Labour battalions built a ropeway with an intermediate station. The starting station starts from "Gotse Delchev" Hut near the road and the parking lot. It has a tea room and a ski wardrobe. The upper station is at an altitude of 2 240 meters above sea level near “Bezbog” hut. The distance between the both huts with the two-seats ski lift is 28 minutes. The lift can run 240 people at the same time.

At 2,010 meters above sea level, in the area of ​​Novi Govedarnik is located the intermediate station of the lift, which serves the ski slopes for advanced skiers. For beginners skiers at the first station of the lift there is a small drag lift, where they can learn with the help of professional ski teachers. The track length is 5 kilometers. Intermediate station has a tavern.

“Bezbog” Hut is at 2 240 meters above sea level altitude and has 120 seats. The rooms have different standards: with private bathroom; with a shared bathroom. The hut has a dining-restaurant. In the winter season from December to May, only “Bezbog” can be reached with the chair lift. Close to “Bezbog” hut there is a beautiful lake, at the front of which there is a tea house "Pri Bai Slave”, where everyone can taste the herbal Pirin tea with pine honey. From here, many of the mountain routes begin.

4.4 km. north-west of “Gotse Delchev” hut, a dirt road leads to “Golyama Mochara” area. After the bridge of the river Disilitsa two direct paths - there are signs, they cross the road and shorten its long turns. It passes through the Lopusha area. Shortly after this, a dirt road leads to “Bezbog” hut. The road continues to reach Golyana Mochara area, where “Mocharata” hut is situated at 1,450 meters above the sea level. The hut works all year round. It has accommodation and a tourist kitchen. It is 14 km from Dobrinishte.

On the way from Dobrinishte to the hut "Gotse Delchev" at 4.8 km is the fishpond of Ivan Kozarev. The first partisan in Bulgaria was born in Dobrinishte in 1901. The fishpond was built by him personally for about three years on 26th June,1941. Now there is a restaurant at his fishpond. The three lakes are bred with Balkan trout fed by the clean waters of the Desilitsa River.

Tweet
View the embedded image gallery online at:
https://visit-dobrinishte.bg/en/dobrinishte/item/4241-the-huts-of-dobrinishte#sigProGalleriaaf392d7ca0
More in this category: « What is fulling-mill /tepavitsa and valevitsa/ from Dobrinishte
back to top